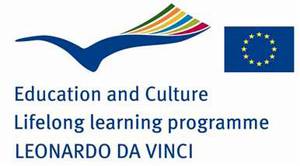 Become a member of the German Academy for Microtherapy and benefit from our interdisciplinary exchange.

Do you have any questions?

For the first time, interventional MRI courses offering hands-on training for German and international teams were performed on the 10th/11th and 24th/25th of February in Magdeburg. During the 2-day course the participants attended three live-interventions and obtained practical experience using anatomic and non-anatomic phantoms in the Panorama HFO environment. We would like to thank all participants and our sponsors for their curiosity and spirit, which made this course a memorable experience for all of us!﻿

The Ambassador of the United States of America, his Excellency Philip D. Murphy visited the Deutsche Akademie für Mikrotherapie

The Ambassador of the United States of America, his Excellency Philip D. Murphy visited the Deutsche Akademie für Mikrotherapie on Feb. 7th. To give the Ambassador and his delegation an impression of the latest advancements in microtherapy the team displayed high end image guided oncology interventions. The demonstration included a live case of a successful MR-guided ablation of a liver metastases in the left liver dome – directly adjacent to heart and coronaries.

PD Dr. Schubert led  two hands-on workshops on 25 and 26 January 2012﻿. Here is on practical skills for transanal endoscopic surgery model have been deepened.﻿﻿